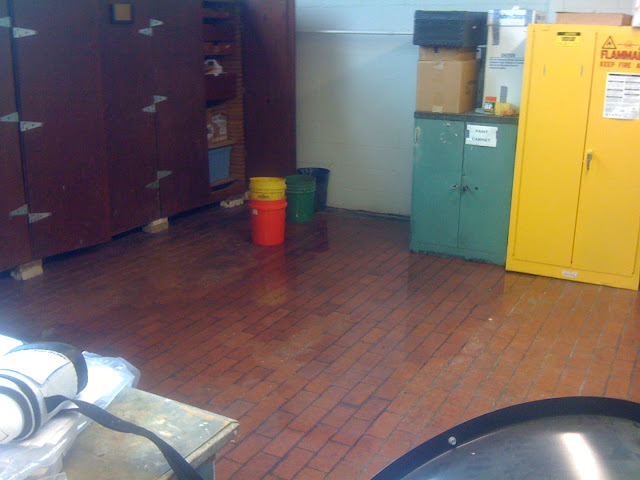 But this is why we don't store things on the floor. Almost every job that I've had in museums ends up at some point spending a late night mopping up water in the collections. The first two pics are upstairs, where the water was coming in through the walls. Great. This was a few weeks back after the weather system from Tropical Storm Hermine passed through. The basement, no surprise, was worse. Cardboard, paper, and field jackets should always be blocked up off of the floor, on pallets, or preferably shelving. Not only does this keep everything dry during the occasional flood, but also eliminates nesting places for rodents and other pests, and makes the whole place easier to clean. 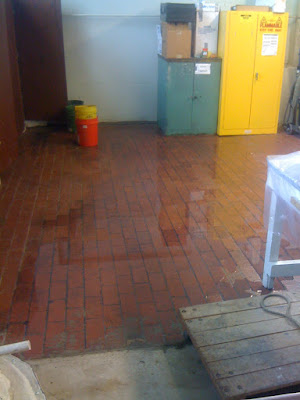 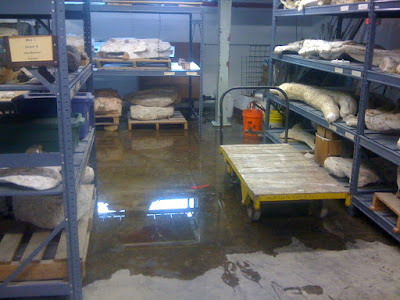 Posted by iPreparator at 8:24 PM No comments: 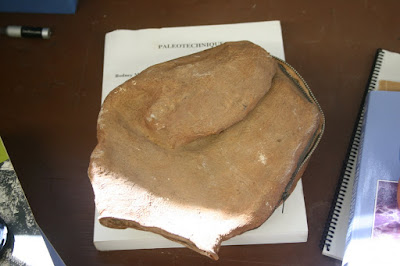 It has not gone unnoticed that this blog has not been updated for over a month, so I figured I'd jump back into it with a real doozy. As I was evaluating the mold and cast collection down in the basement, Dr. Wann Langston advised me to keep a lookout for a, well, a historically interesting mold. I found it today, while looking for something else.  From one angle, it looks like an ordinary, but very old, latex mold of an oreodont skull in a block of matrix. Which it is, mostly. But sometimes it looks like a hot water bottle, though from most angles, it looks like a leathery old, uh, leather purse. And why? Because it has (look close, on the right side!) a ZIPPER! Casting material was poured in from the pour spout on the top, and when the plaster set, the mold was unzipped, allowing the cast to be pulled free of the mold. Wowee. 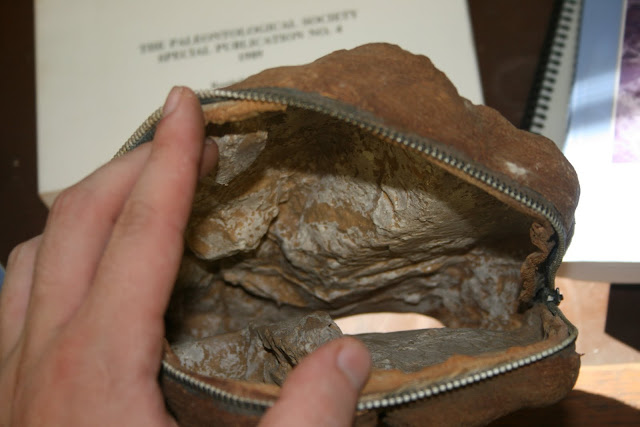 I mean, holy crow, have you ever seen the likes? I sure haven't. This mold was made by (the very clever indeed) Jim Quinn, when he was Jack Wilson's first grad student here at UT. Quinn finished his Ph.D. in 1954, well after Langston recalls meeting him in 1933 at the Field Museum (where he was a preparator), and even after he published this paper in Fieldiana.  I wouldn't be too keen on trying to get one more cast out of this mold, but I'm definitely going to look for some already existing ones in the cabinets downstairs.
Posted by iPreparator at 4:47 PM 4 comments: